With TUI Villas, you’ll find a large selection of holiday homes and apartments throughout Europe and beyond. We are the operator of all the properties tagged with the TUI Smile and you will benefit from many advantages:

In addition to our own holiday homes and apartments, we also offer to mediate accommodation on behalf of third-party providers. These consist of reliable private hosts, local agencies, specialists, and renowned tour operators. You will see who the provider of the accommodation is in each property description.

You have a holiday home or apartment of your own and you want to increase your occupancy rate and reach more customers? TUI Villas will assume the active mediation process and Europe-wide marketing – without any risk for you as the owner.

Perhaps your accommodation is a TUI villa. Find out and register as an owner.

E-mails and requests sent via the form are processed around the clock, even on weekends and on public holidays. 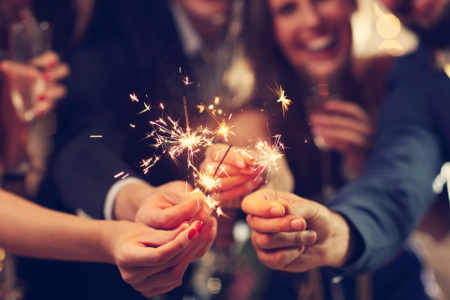 Together with the whole family in a rustic mountain lodge in the Alps or on a romantic getaway for two with warm temperatures by the sea - do you have any plans for New Year's Eve?

Spending the turn of the year in a holiday home has become a steadily growing trend. We have noticed that this year, especially with regard to the very early onset of demand for a holiday-home vacation on New Year's Eve.

Our tip: Select the right offer in time and snap it up quickly! The best holiday homes and apartments for the New Year's Eve period are becoming scarcer week by week. As New Year's Eve falls on a Monday this year and most holiday homes are usually rented from Saturday to Saturday, the most conventional arrival day with the largest available range for a vacation at the turn of the year is December 29, 2018.

So spend a relaxing Christmas period at home, then pack your bags and start your New Year's Eve vacation in a holiday home! Where you should go is, of course, entirely up to you. We have put together a few suggestions below.

NEW YEAR'S EVE IN THE MOUNTAINS

Those who want to spend New Year's Eve in a holiday home or apartment can, for example, retreat to a rustic, cosy mountain lodge. You can combine white winter splendour with New Year festivities - together with family, with friends, or just on a romantic getaway for two.

This is how the Austrians celebrate New Year's Eve

In Austria, the church bells of St. Stephen's Cathedral in Vienna ring out at the stroke of midnight, and a colourful fireworks display begins. The bell ringing is followed by the traditional New Year's Concert by the Vienna Philharmonic, which should not be missed - at least on TV.

The so-called Perchten Parades form a special custom in Austria. People with demonic masks and bells march through the streets and make for a great spectacle. The background to this custom is that the evil spirits of winter should be driven away by the masks and the noise. With a holiday home in the Austrian Alps, you stand a good chance of experiencing a Perchten Parade live. 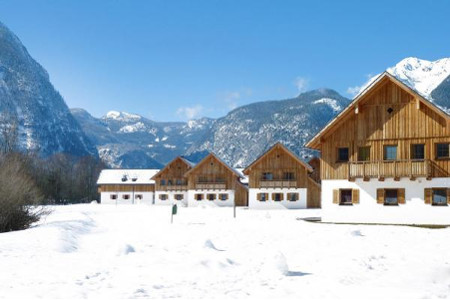 A holiday home in a quiet location in the Austrian Alps promises a great transition into the New Year amid the snow. Together with family or friends you can make fondue or raclette, then maybe hold a fun games night or a small house party with music, and welcome in the New Year.

For those who want more excitement, a holiday apartment in the imperial city of Vienna on New Year's Eve is just the thing. Celebrate on Rathausplatz, in front of St. Stephen's Cathedral or perhaps in the Vienna State Opera, where the ‘Die Fledermaus’ by Johann Strauss is traditionally performed on New Year's Eve.

Find a holiday home for New Year's Eve in Switzerland

You can celebrate New Year's Eve twice in Switzerland – or more precisely, in the Appenzell Hinterland, which once opposed the Pope's calendar reform and thus traditionally heralds in the New Year with a bit of a delay. You can therefore marvel at the colourful hustle and bustle of the so-called ‘Silvesterkläuse’ (people dressed as St. Sylvester) on both December 31 and January 13. The Silvesterkläuse march through the streets of the villages in a similar way to the characters on the Perchten Parades in Austria, while wearing scary masks, costumes, and huge hats. They wish the residents good luck for the New Year with bells, loud drums, and their own yodelling voices. 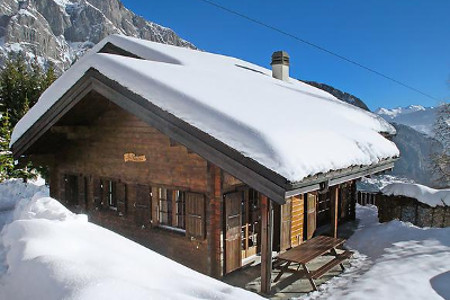 If you want to rent a holiday home in Switzerland on New Year's Eve, we can also recommend the ‘lucky pig race’ in Grisons. On the first day of the New Year, ten piglets born in the region are allowed to race for the title of ‘Lucky charm for the New Year’. Celebrate New Year's Eve in a holiday home or apartment in the Alps, making the turn of the year an unforgettable experience for yourself, your family, friends, or relatives.

NEW YEAR'S EVE BY THE SEA

Spend New Year's Eve in the right holiday home - relaxing on the beach, burying your bare feet in white sand, and feeling the sea breeze on your skin. Sounds good, doesn’t it? So, simply plan to spend the transition into the New Year in a holiday home with its own pool or a holiday apartment directly on the beach in the Canary Islands or on Cyprus - two easily accessible destinations, where pleasant temperatures also prevail at the turn of the year.

Did you know that the locals in the Canary Islands eat a lucky grape for each of the twelve times the bells chime midnight on New Year's Eve? For the custom to work, the twelve ‘uvas de la suerte’ must be consumed by the last stroke of the bell, as only then will the eater’s wishes come true. 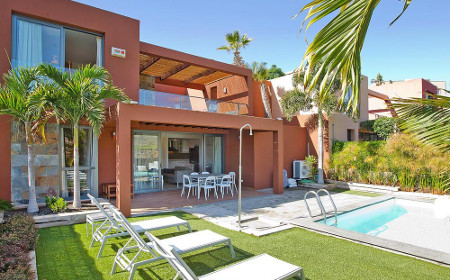 The turn of the year is traditionally celebrated in the Canary Islands with family and friends - sometimes outside on the terrace in mild temperatures - and with an extended dinner. You can experience this for yourself, together with your family and friends in your own finca with a sea view or pool in Tenerife, Gran Canaria and co. For those who, in contrast, want more entertainment, the Canary Islands offer the best possibilities to dance the night away at one of many clubs on New Year's Eve - Maspalomas, Playa Inglés and Las Palmas offer you great opportunities to party.

You’ll find a different kind of Christmas and New Year's Eve celebrations on this island in the eastern Mediterranean, than the ones you are used to. For example, Christmas presents are only available on Cyprus in the New Year. And they are usually not placed under the Christmas tree, but hidden under the bed. Cypriots usually spend New Year's Eve gambling. But whoever loses doesn’t have to be sad because he/she will at least be lucky in love in the coming year.

If you are planning to rent a holiday home on Cyprus on New Year's Eve, it is best to spend a few more days on holiday there. On the sixth of January, the baptism of Jesus is celebrated by leaping into the waters of the Mediterranean Sea. This ritual is intended to banish spirits and demons at the same time.

Do you not want to miss any exclusive offers and exciting stories from the holiday-home world? Then register for our free newsletter!

Spend New Year's Eve with a city apartment in a metropolis:

Other destinations for your New Year’s vacation in a holiday home: